Crews save burro trapped in Rhyolite mine

Crews save burro trapped in Rhyolite mine 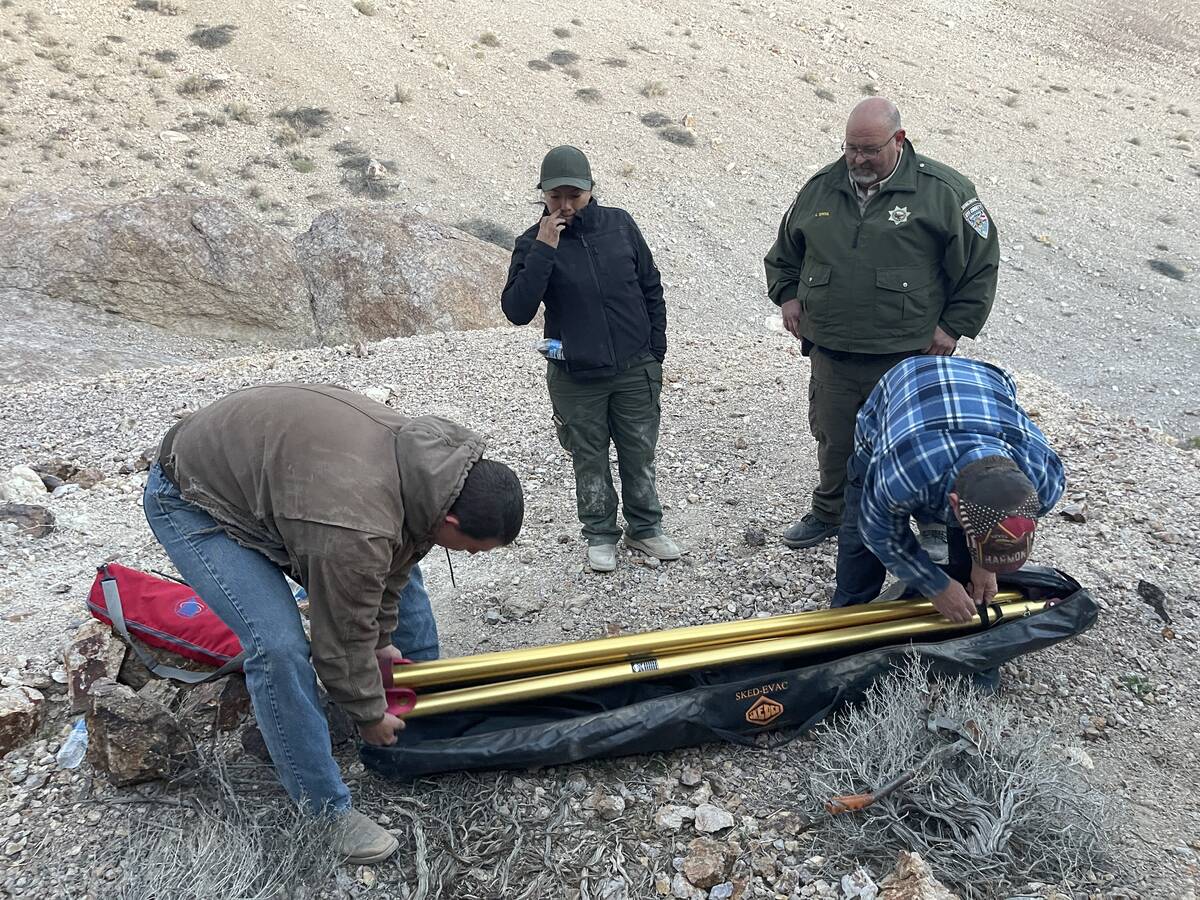 Nye County Sheriff’s Office Responders were able to fashion a rope around the donkey and get it turned around in order to verify that it was in good condition, other than being hungry and dehydrated. 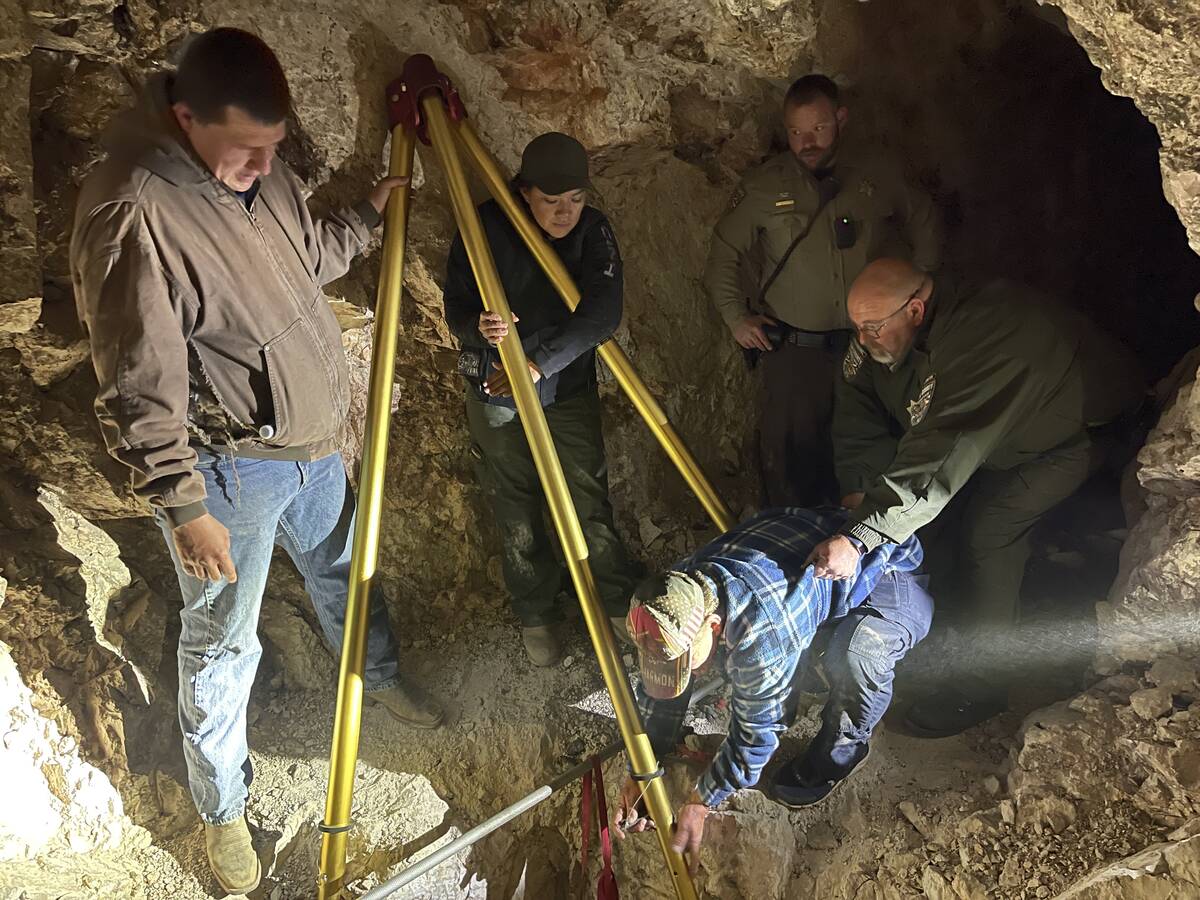 Nye County Sheriff’s Office Crews work on Dec. 2 to rescue a burro trapped in an abandoned mine shaft outside the ghost town of Rhyolite

A wayward wild donkey is alive thanks to the efforts of Nye County Sheriff’s Office crews who rescued it from an old abandoned mine shaft last week.

According to a sheriff’s office news release, the incident occurred on Friday, Dec. 2, when dispatchers received a call at approximately 1 p.m., from a hiker about the animal trapped inside the mine in the mountains just outside of Rhyolite in central Nye County.

“Upon arrival, they discovered that the mine tunnel entrance was at the top of a mountain range and would be difficult to reach with any vehicle,” the release stated. “Rescuers traversed the rough terrain on foot to reach the mine.”

Upon arriving inside the mine, the rescue team discovered that the donkey had actually fallen into a 10-foot hole within the mine.

Responders were able to fashion a rope around the donkey and get it turned around in order to verify that it was in good condition, other than being hungry and dehydrated.

“The Beatty Fire Department was contacted to join the rescue efforts with equipment to assist in the removal of the animal,” the release noted. “The rescue team spent several hours getting the donkey out of the mine and ultimately were successful just before 6 p.m. Once freed, the donkey took off running and appeared to be unhurt.”

Efforts are now being made to secure the entrance to the tunnel to avoid any other unfortunate mishaps.

Sheriff Sharon Wehrly praised the efforts of rescue crews in freeing the donkey from the mine.

“I want to thank everybody for their extraordinary effort in climbing the mountain and going into the mineshaft and saving that poor animal that was trapped in a 10-foot hole,” she said. “We are working now trying to get that entrance closed down so that won’t happen again. It really makes me feel good to see people work together and get a task completed to send that little animal on its way. And I also want to say that it’s the Christmas season and everyone needs to be grateful.”

Written by Teresa Kenney Parker on December 7, 2022. Posted in Uncategorized